As we fix some of the bugs that slipped into the first release of Plex/Eight, we thought we’d offer up some new content for you to enjoy. The very cool thing about this batch of plug-ins is that they have been created almost entirely by the Plex community!

First up is I CAN HAS CHEEZBURGER written by Bart Dorsey, a plug-in that we’ve all been loving. It allows you to browse pictures from a huge selection of funny sites like the Fail Blog, Pundit Kitchen, and of course the eponymous site itself. 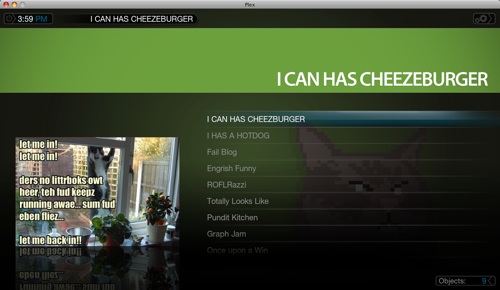 Next up, great for the kiddies, is Sesame Street. Written by Beowulfe, it gives you access to hundreds of short videos from years of the show. 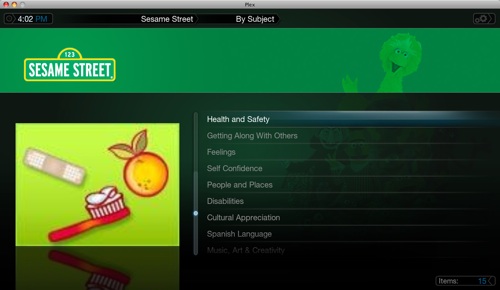 Written by one of our most prolific plug-in authors, Gordon Johnston, Llewtube provides access to content from Robert Llewellyn’s Car Pool video blog. Robert (of Red Dwarf fame), has taken to driving around with interesting people and filming the whole thing. 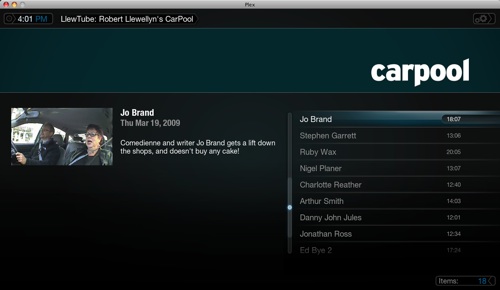 Written by Brad Dolman, Tripleman is a photo blog from a Vancouver photographer. 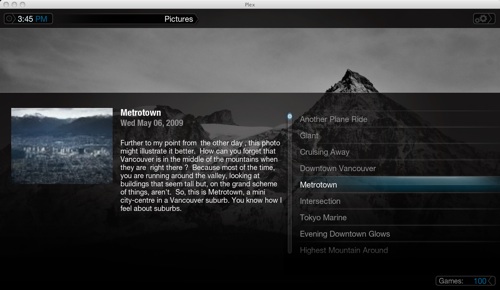 This next plug-in, written by pygmalion (great job!), provides HD content from fxguide, which is a leading site covering visual effects in filmmaking. They’re all streamed at 720p, professionally produced, and have great content; for example, the most recent one features an interview with J.J. Abrams. 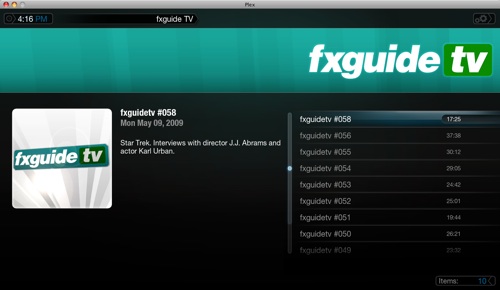 This was requested on the forums; the Bill Moyers Journal has lots of great content, including thought-provoking interviews and discussions. 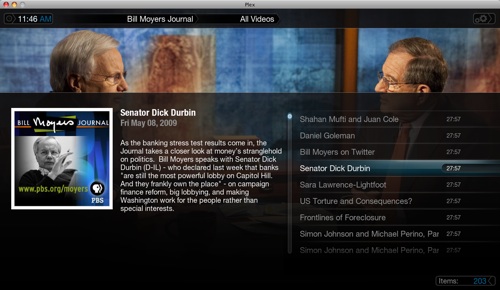 Lastly, I tossed together a quick plug-in for Adam Carolla’s podcast. 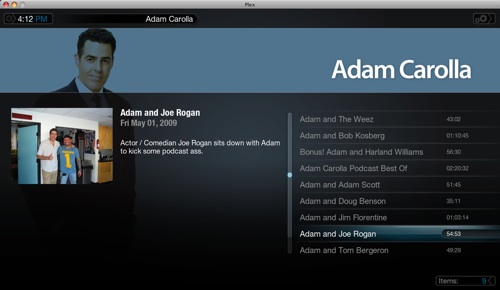 Additionally, a few plug-ins were updated. Rick Fletcher finished a brilliant update to his Major League Baseball plug-in which now provides access to MLB.TV. Rick has really pushed the envelope with this plug-in, and we had to add some new Media Server features to make this plug-in work. 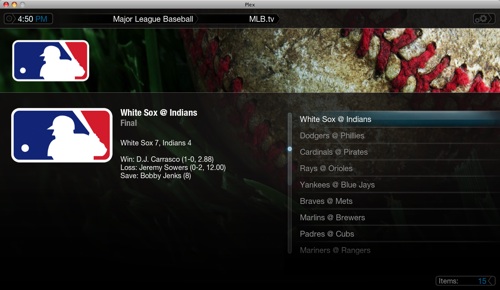 I also pushed a minor update to the NPR plug-in which provides much better metadata so that it looks better in the Now Playing window. 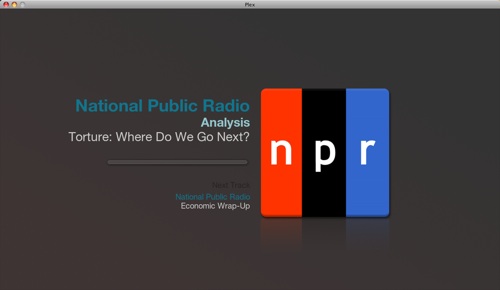 There are a lot more plug-ins in the works (some nearly done), so expect a new batch pushed to the App Store in the next few weeks.

One last note: The plug-in authors should check the released versions, as they may include minor changes or fixes.