As you’ve no doubt noticed over the past few months, we’ve been greatly expanding our support for Plex across Smart TVs. If you have a Plex Pass and a fairly recent VIZIO or Sony television (or other Opera TV-based devices), odds are you can run our shiny, new Plex app on it. We’ve also recently launched on Toshiba (most 2013 and later models) and LG Smart TVs (2013 Netcast and 2014 WebOS models), and 2012 and newer Samsung fridges (OK, maybe not really). Millions of people all over the world can now use Plex with their existing televisions. Here’s a list of compatible TVs.

There have, however, been a few notable drawbacks to these platforms. For example, Barkley has been staring vacantly at the lovely new home screen, confused and missing his carefully curated photo album of marrow bones and tennis balls. Where we once had a lively backdrop of island music to fill the awkward gaps in cocktail party conversation, there is nothing but silence. And where Barkley was once carefully limited to movies starring Dalmatians, there is no way for the app to use his managed account.

I’m happy to report that these dark days have reached an end.

We have been working hard on bringing all the missing features to the smart TV app, and we’ve already taken a few giant steps toward that. First of all, we have rich support for photos and music, including discovery features, photo slideshows, and a music mini player on most platforms. We’ve also added Plex Home to the TV app, which means fast user switching and managed accounts now work perfectly. And finally, you can browse and play all your music playlists (video playlist support coming soon).

This same app also runs on the PS3 and PS4. We need to do a bit more work to get music playback working on those consoles, but rest assured that’s coming soon!

Feast your eyes on these screenshots, and then run (but never with scissors), don’t walk to your nearest Smart TV to take it for a spin. 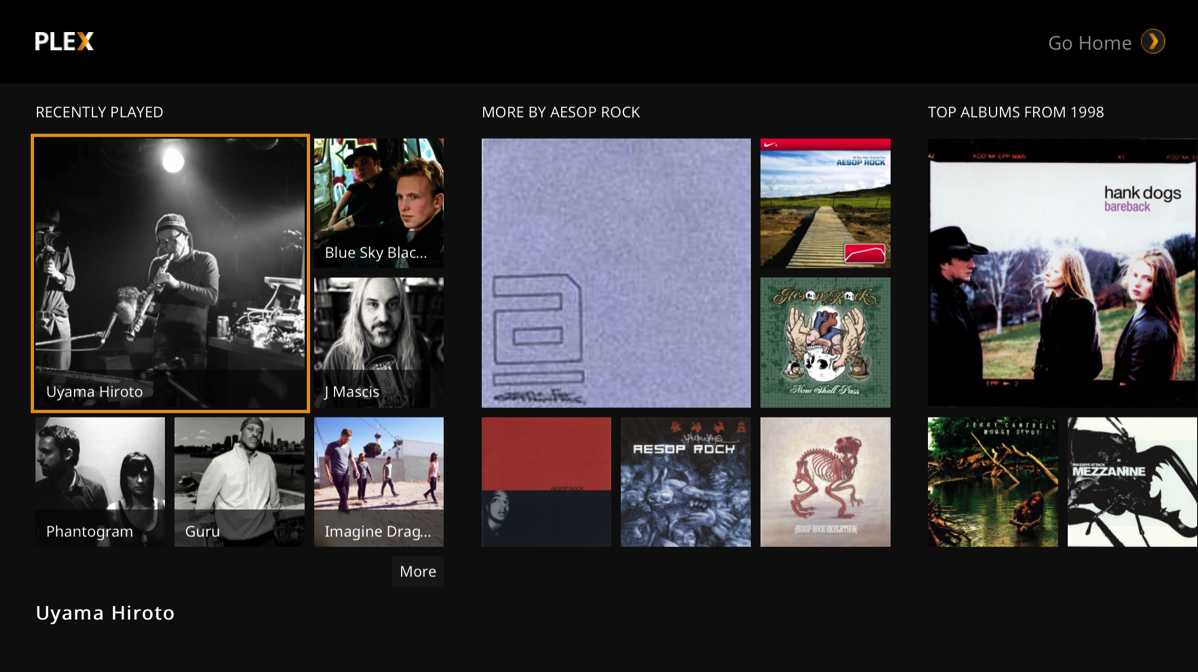 Huge update for our Smart TV app is a premium feature and requires a Plex Pass subscription.