Back in the days of Plex/Eight, it was possible to write some limited third-party applications, primarily limited to remote control applications. There was Ryan’s excellent Media Hound, written specifically for Plex, and then a bevy of other remotes which included support for Plex, such as Evan’s acclaimed Rowmote Pro.

In previous posts on Plex/Nine, I’ve waxed rhapsodic on the open nature of the new platform. The ability to write scanners, plug-ins, metadata agents, and of course the HTTP/XML API to the Plex Media Server, all allow for a rich new ecosystem, and we’ll be talking much more about all of this in the coming weeks and months.

Of course, it be really nice to have some sort of a “showcase” application to demonstrate the amazing things you can do with the API, right? A brilliantly written, gorgeous, full-featured app that would cause one of our execs to tell me “This app is so #$%#$ good, it’s unbelievable!” right before his iPhone 4 hung up due to ear reflectivity issues.

I’m happy to be able to share that showcase application with you today, and introduce you to a new iOS client for the Plex Media Server called KLEXi. It’s got a long list of features, including external play (viewing videos on an external display), parental controls, “download & play” (which allows you to bring transcoded videos with you), and the ability to wake up sleeping machines on the network. You can rate items, change banners and posters, and there is a great deal of eye candy to be found throughout the interface.

Frank, the talented author of KLEXi, contacted us about six months ago and expressed an interest in writing an iOS app based on our nascent API. We were extremely impressed with his previous work, issued him an API key (used to access the transcoding functionality), and he’s been incredibly helpful to us in fleshing out the API, as well as reporting and fixing bugs in the Plex Media Server.

Without further ado, let me leave you with some screenshots from the app, which is available right now from the App Store for $5.99. This is cheaper than the rum drink I had last night, people, and you’ll be getting a whole lot more than a hangover. 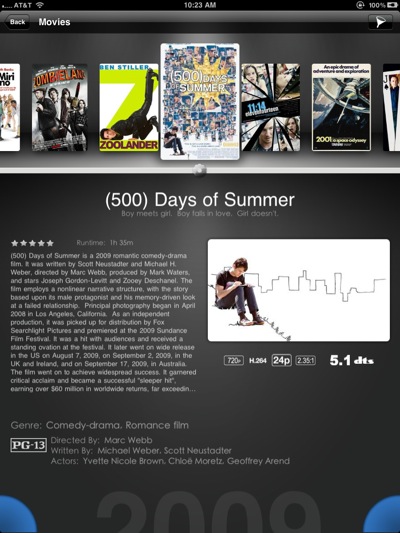 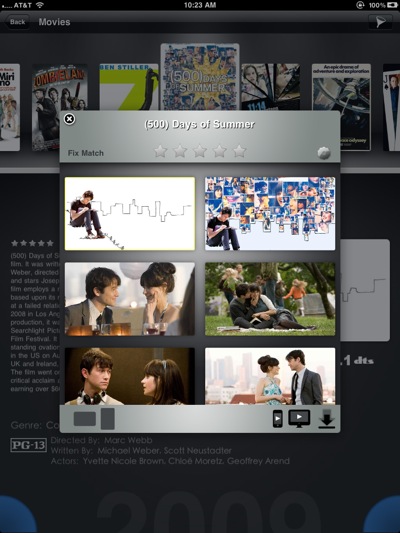 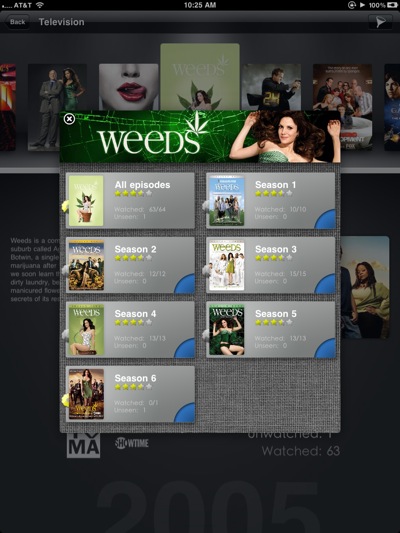 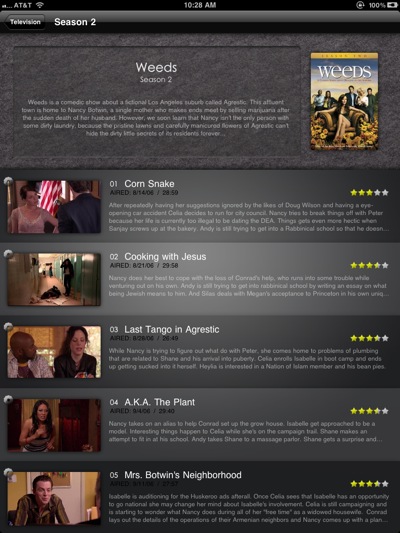 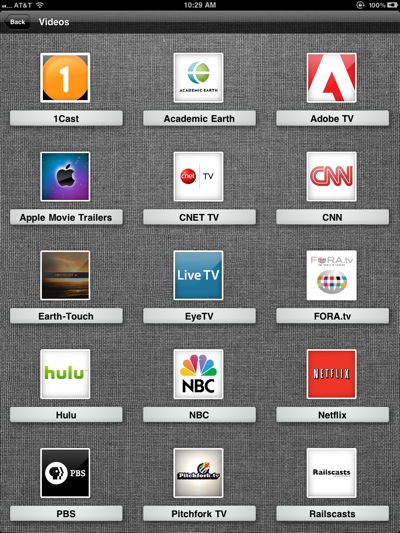 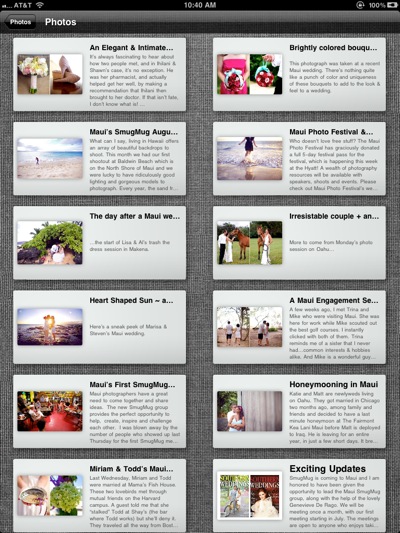