Horror, Thriller
Anything for Jackson, Hubie Halloween, Rebecca, Spontaneous, The Wolf Of Snow Hollow, Vampires Vs. The Bronx

October 2020’s Horror Boom: Is There Such a Thing as Too Much?

For many, 2020 will be “The Year Without Movies.” Or, at least theatrical releases after COVID-19 shuttered theaters and chased away every tentpole from Fast & Furious 9 to WW84 (still slated for December, but let’s be real). In Horror Land? All 2020 can claim responsibility for is a handful of delayed releases such as Candyman or Saint Maud. I’ll still boast 100+ new-release horror reviews in 2020, and even further, this October has seen an overwhelming, borderline unprecedented surge in creepshow content. Dare I proclaim that this October has not only exceeded option expectations but could be the most bountiful October release year…ever?

Thanks to my extensive data gathering (a shared spreadsheet where fellow critics input announced horror titles from PR emails), September transitioned into October with a horror reviewer’s workload unlike anything we could imagine. Counting *only* new-release horror films, this October tallied nearly, if not over, forty (40) freshly squeezed, sprung-from-the-lab horror movies. That’s not counting television shows like The Haunting Of Bly Manor, either. You could watch a newly released horror movie each day in October and still not catch ‘em all. That’s more absurd than Jason taking Manhattan, especially in a year where industry analysts are debating the possible demise, at-the-least imminent mutation of theater chains.

No, this isn’t a rant about the painstaking and arduous existence of a film critic. “Wahhh, Donato, you get to watch and write about movies!” I know! It’s incredible (but also a tremendous amount of stress-inducing keyboard pounding, don’t be fooled). I’m emphasizing the contextual impact behind this cavalcade of genre titles to set the stage for further pondering. Why is it happening, how is it viable, and is oversaturation diluting the shark-infested pool? 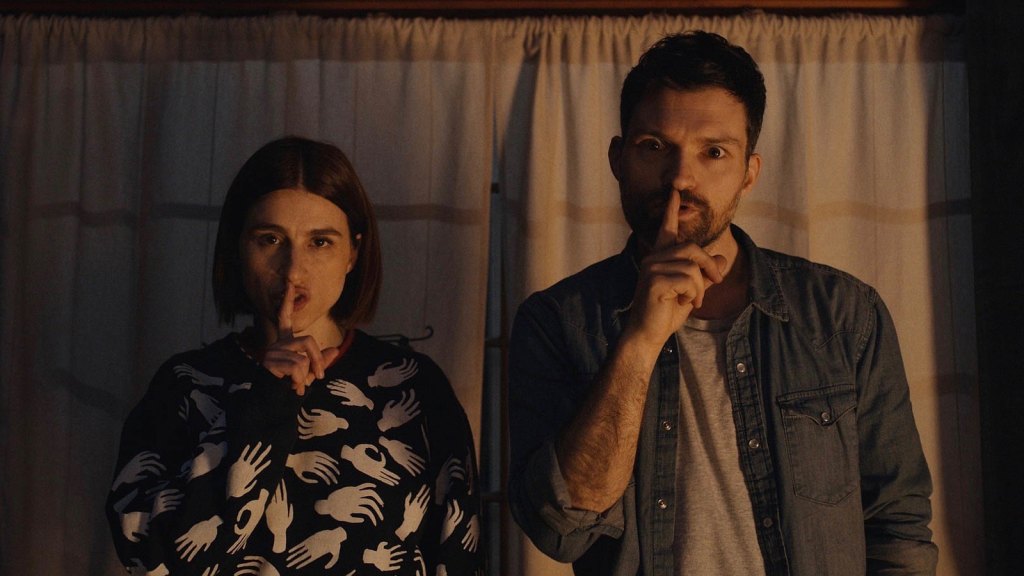 Let me be clear: I’m not outright accusing this avalanche of Halloween content as a negative opinion. I’ve been giddily watching so many spooky titles this October, even the ghosts of my past decisions are like, “How about we binge a season of Top Chef just to shake things up?” It’s more that, like any industry, we have to acknowledge the ramifications of having too much of one product in a compressed timeframe. The horror fan in me is ecstatic that providers are showering their subscribers and platforms with bloodsoaked rainstorms—a selection for every flavor of horror fan, from the comedy yuckers to slasher sensationalists. Throw a dart, press “Play.” Scary stories will save this sad trombone downslide of a year.

The most straightforward answer as to the “how” is one that I’ve been thumping for gosh dang years: video-on-demand horror titles drop weekly and are worth your $3.99 rental, but y’all put a stigma on anything outside theatrical releases. The thought process – and allow me to formulate an educated guess – revolves around a quality bar that’s required for theatrical distribution; therefore, anything not projected onto wall-sized screens for twentyish bucks a pop is deemed lesser. Years prior, when VOD still was more of a Wild West? Maybe. Nowadays? The costs that saddle themselves to theatrical releases – marketing, theater fees, etc. – aren’t worth smaller budget indies that can better recoup profits through limited releases and simultaneous VOD campaigns. Yet, the everyday consumer who might not know better still treats these releases as something plucked from the bottom of Walmart’s $2 movie bin.

These titles needn’t change their plans due to COVID-19, because they were always going to hit dimly-lit family rooms and ghoulishly decorated apartments this October. All in all? In this staple streaming service triumvirate, you’ve got eighteen (18) accessible horror titles that don’t cost a penny besides your monthly access fees (which, based on subscriber statistics, suggests most are paying). Not even including Hulu (Clive Barker adaptation Books Of Blood, Monsterland), which, are you overwhelmed yet?

Here’s where the gears begin to turn. The average Joe or Jane Schmo might not watch forty (40) new fear flicks in an entire calendar year. Hell, probably not even twenty (20). Frankly? Movie nights in households of dear friends outside the film industry are relegated to one new-release on Fridays, at most. Saturdays and Sundays are spent with rewatches of Friends or other comfort material. The way film critics clamor to schedule their reviews for embargo dates like lining up dominoes to fall is not replicated in mainstream movie watching habits since ticket-buyers aren’t incentivized through professional ambitions or monetary compensation to watch anything and everything. More of a good thing always seems solely beneficial until our cheeks are stuffed full like poor force-fed Greta in A Nightmare On Elm Street 5.

It’s valid to argue that most at-home Halloween marathoners weren’t going to watch the unmarketed, niche-distribution releases that only critics know about because of our workday contacts (but, like, Spontaneous is SO GOOD). It’s also true that my oversaturation considerations apply to the very Netflix titles that I presumed might entice viewers first and foremost, like how I’m seeing so disappointingly little Vampires Vs. The Bronx love across social media feeds despite it being available since October 2nd. It almost feels like with this many choices, a single film’s hype window only spans a few days before attention shifts to the next however-many replacement tomes from the crypt hit front pages. Whether that’s on rentable VOD menus or Netflix’s welcome screen. Conversations aren’t lasting, appreciation isn’t sticking, and it feels more like the horror community is clamoring to keep pace.

I direct your attention to a tweet by filmmaker and screenwriter Simon Barrett:

To use this as a furthering of oversaturation concerns, none of my reported numbers above include horror film festivals, multiple of which are taking place this October (Salem Horror Fest, Nightstream, Telluride Horror Show, and more). With the pandemic shutting down in-person gatherings, especially ones held in packed movie theaters, festivals shifted to virtual platforms out of necessity. I read Barrett’s tweet and don’t think the digital aspect is only to blame for “gems” falling through cracks (although he’s nailed one missing aspect).

Once again, I circle back to the onslaught of horror titles burying both critics and the general public, limiting what can be seen when simultaneously perusing undistributed festival selections. These events would span somewhere between seven to ten days in better times, taking over theater spaces, giving more time for badgeholders and press to explore rich catalogs of next year’s most talked-about chillers. In current circumstances? Executive decisions reduce personal bandwidth, watch schedules are now smushed into long weekends, and those familiar voices who’d sing the praises of such titles like Anything for Jackson are reduced in volume by sheer human ability. Too much to watch in even less time than usual. Plus, there’s this whole COVID-19 situation still happening that’s not doing anyone’s motivational drive any favors.

If anything, I’m using this space to capture a unique period in cinematic history that may never be replicated. The closure of Hollywood hasn’t impacted the horror genre nearly as drastically as, say, blockbuster action franchises. Horror continues to thrive, making heroes out of the VOD underdogs that might have otherwise been overlooked because Halloween Kills demands your attention. Simultaneously, streaming wars – as minimal as they might be – are causing a flooded market of genre content that’s now spreading viewers thinner than ever. We’re not allowing art ample time to breathe, treating movies like churn-and-burn products with catchy promotional artwork to draw audiences away from the umpteenth other titles in the “New Additions” section. I’m glad horror’s message is that it can’t be killed, like its most famous icons of fright, but is such a situation actually “thriving?” Or just making it even harder for lower-budget films that rely on every single rental dollar to break through those tantalizing streaming options that’ll scratch an itch for no additional cost. Now, more than ever, horror relies on its faithful to tweet, text, and talk about what they’re loving this Halloween season. It’s the only way something like The Wolf Of Snow Hollow or 12 Hour Shift will ever sneak into the mainstream conversation. Horror has always been a word-of-mouth genre, but in 2020, diehards have been challenged by volume alone. Imagine strolling into a donut storefront and gazing upon a wall of forty seasonal flavors with no guidance? This Halloween, I urge anyone with marathons planned to focus on the harvest of 2020’s genre crop over another rewatch of Cabin In The Woods or Evil Dead. Some producers or filmmakers might rely on your viewership statistic or rental purchase, up against a roster of competition that’s easier than ever to become lost within. Champion your favorites, take risks, and let’s try as hard as possible to not buckle under the paralyzing weight of our streaming culture’s major scroll-on-by problem: too many damn choices.

Not enough horror for you? Also try:

Halloween Is For Screaming (Album)

October 2020’s Horror Boom: Is There Such a Thing as Too Much? is a premium feature and requires a Plex Pass subscription.