They say on the Internet, nobody knows you’re a dog. That’s true, until you hire one as your CFO. That’s right, Barkley has come on to help us out over Christmas, and with his inspired direction, we have a few PlexPass updates to share. You’ve been kind enough to have shared some great feedback over the past couple of weeks, and we’d like to go over some changes we hope will address many of the questions people have had. 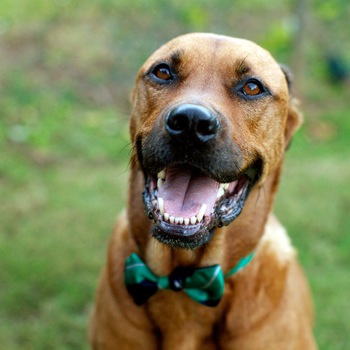 First of all, we’ve enabled subscription upgrades! You can now upgrade from monthly to yearly, and from yearly to lifetime, even if your subscription is cancelled. To keep things simple and fair, we issue a prorated refund of your existing subscription, and then sign you up for the new one. (My inbox is literally stuffed to the gills with emails asking for this feature, and I apologize for not responding personally to each one.)

Next, we’ve also added support for paying with PayPal. I know this was something many of you (especially those outside the US) requested. Again, in order to keep things simple, right now we just allow purchasing non-recurring year and lifetime PlexPasses.

Finally, one of the most common questions that arose was around premium features like PlexSync. Now originally, we had pictured PlexPass as being something tailored specifically for those people who love early access to new features in development. Many other people simply prefer to get a feature when it’s stable and fully working, and so we thought it made sense to separate these two classes of users into different subscription packages.

However, after reading all of your comments, and reevaluating, we’ve decided to make things even simpler: Raise your glass of eggnog, because if you have a PlexPass, it’ll get you access to all premium features, from the beta stage onwards, and there will be no separate premium subscription. So PlexSync is yours to keep, and we certainly hope you’re getting good use out of it in this busy holiday season!

One little caveat: your PlexPass will include all future premium features – and we’ve got some awesome ones planned – with one rather obvious exception. If we ever add some sort of premium content (say, for example, we start producing our own episodic show centered on a wise-cracking dwarf, an incestuous queen, and giant ice-zombies), access to that content would obviously be an add-on to the subscription. But I mean, who wouldn’t pay extra for ice-zombies?

Lastly, a few people have expressed an aversion for any sort of subscription model. We respect that, and it’s for that reason that we’ve left around the Lifetime plan, as it’s a one-time purchase. It won’t be around in perpetuity, and when/if it comes back, it’ll likely be higher priced, but at least until the end of the year, you can get your platinum-plated, diamond-studded lifetime PlexPass and avoid a recurring plan.

Wishing you all a safe and happy holiday season!

PlexPass updates is a premium feature and requires a Plex Pass subscription.