We just pushed a new release out which improves compatibility with some Flash sites, and to go along with it, Scott prepared a new version of the Hulu plug-in with some nice enhancements, including more fanart, better thumbnails, flattened movie hierarchy, and more results returned for specific shows.

Besides the known issue of the Plex Media Server not working with Safari Adblocker, if a plug-in stops working, it’s likely that the structure of the site changed. This doesn’t happen very frequently with most sites, but it’s a definite possibility. When this occurs, an entity we call the “Campfire Robot” springs into action automatically and tracks us down to let us know, and shortly thereafter we can push an update.

As such, if a site stops working, the best thing to do is to check the App Store for updates. If you have automatic updates turned on, check your install history to see if an update got installed while you were getting coffee.

To answer your question, no, we rarely sleep. 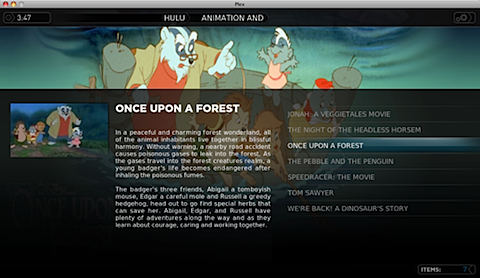 Here’s another of Barkley and Anna from the San Francisco series: 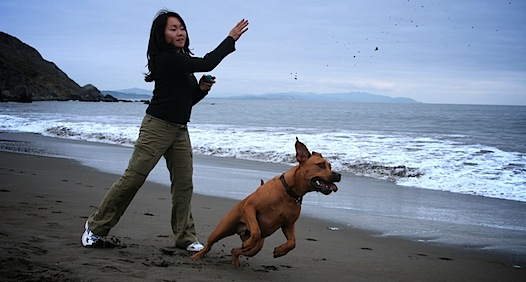 Version 0.7.10: Hulu-licious is a premium feature and requires a Plex Pass subscription.