I feel like I cheated you all, because we promised a release today and it’s taken us until now to fix some last minute issues and package everything up. Technically, it’s still Nov 16th, but I do realize that it will be Nov 17th for almost everyone else on the planet! My sincere apologies.
Without further ado, then, we’d like to present to you the first release of the Plex/Seven series. You know what’s in it, come take it for a spin. A few notes:

Last, but not least, I personally want to thank the entire Plex Team and community. The developers (Enrique, Isaac (yes, he’s coding!), James, Ryan and myself) are congealing into a seriously productive tight-knit team; it’s awesome working with you guys. The Plex testers (Miguel, Shaun, Mark M, Phunky, Mark D, Danny, and all the others) have worked hard to get the kinks out, and we really appreciate all the help. Alexis has been improving the Plex icon, tweaking the DMG art, improving the wiki look and feel, designing merchandise, and we’re very lucky to have someone so talented on the team. Jay has been working incredibly hard writing documentation to be ready for the release (an open source project with documentation???). Ben, Scott, Mike B, it’s awesome having you guys always around and willing to lend a hand. The community is brilliant, thank you all for being so friendly and supportive to our new and existing users.

And of course a special thanks to Cayce for providing the funding, bandwidth, and server to allow us to host all of the different Plex web locations.

Here it is: HTTP, Source. Enjoy!

This is Barkley at dusk with his friend Manu. 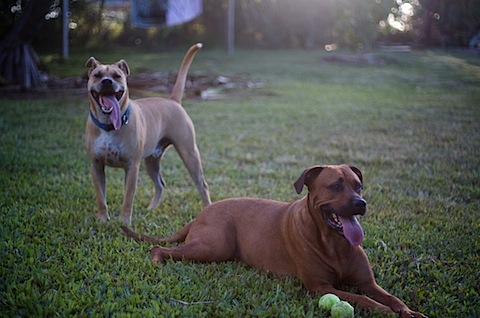 Release: Plex/Seven 0.7.0 is a premium feature and requires a Plex Pass subscription.