First of all, a huge thank you to our group of testers. We recruited 10 people who know Plex inside out and are major contributors to the forums, and they were kind enough to spend time putting the new release through its paces. So ChoccyHubNub, jayman978, phunkysai, jeremymc7, Mikey, Vengeancegoon, teh.hippy, Cranial Lethargy, BigBadWolf, and Sirreef, you all rock! (Frosty, I didn’t was to harass you because I know you’ve been busy.)

Second thing, we’ve slightly tweaked the way we do version numbering. What we’d like to do is ensure two things: that you always have a stable version of Plex to download (which gets bug-fixes), and that you have access to more bleeding edge versions (with new features). To this end, odd version numbers (0.5.x, 0.7.x, 0.9.x) will always be bleeding edge versions, and even version numbers (0.6.x, 0.8.x, 1.0.x) will be stable versions. This is identical to the system that Linux used to use. This is the 14th release of the 0.5 series, and I hope it proves stable enough so that we can release the first of the 0.6 series soon.

You’ll also note new branding, new icons, splash screen, DMG background, all courtesy of the talented Alexis Gallisá. He’s worked hard not only on the branding, but the new Plex website (where you can find download and source links).

Last, but not least, you’ll note that we have said goodbye to Project Mayhem III as a default skin. Team Razorfish has very graciously allowed us to use the lovely MediaStream skin as the default skin for Plex. Note that if you have any problems with the skin, or feature requests, please report them on the Plex forums!

NOTE A few things for this release: You’ll probably want to delete your local copy of MediaStream if you have it installed in Application Support/Plex/skin (so as to avoid having two copies). Similarly, you’ll want to move Project Mayhem III into Application Support/Plex/skin (if you want to keep it around). Also, in order to obtain full fanart support (automatically scraped fanart), you’ll want to follow the procedure outlined by Isaac here, or else blow away your library and start over from scratch. Isaac, you rule, thanks for all the help getting this release out the door!!

Of course we’ve also pulled lots of good stuff over from the XBMC tree including some Bluray-related enhancements (find and use DTS-HD streams, by elupus), fanart and skinning enhancements (spiff and others), and fixes including the annoying ff/rew hang bug, fast text scrolling (jmarshall, who also fixed a ton of bugs), and lots of Python stability fixes by vulkanr: you rock, Python (and lots of other things) would not be stable without you!

And here’s your Barkley! 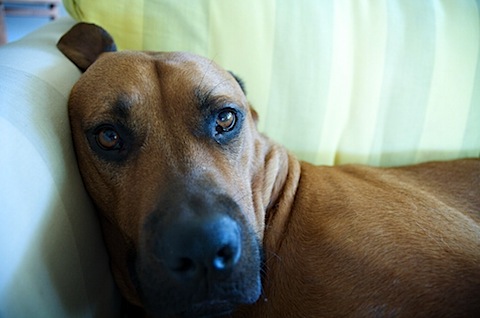 Release 0.5.14: Bugfixing bonanza is a premium feature and requires a Plex Pass subscription.