Alright, it’s been way too long since the last release! I apologize. Profusely. I’ve been busy getting the code moved over to Github and taking care of some other related things. It might seem like all I’ve been doing is drinking beer, but I assure you, that’s far from the truth. Really.

I’m going to write another post tomorrow detailing how totally awesome git and GitHub are, with some detailed instructions on how you can contribute to the project as a developer. For now, I’ll leave you with a link to the tagged source for this release.

Here is what’s new in this release:

Also, I’ve updated to the latest Linux code, which has lots of good stuff as well. Vulkanr has made some great progress on getting libcdio into shape (with the help of davilla), and as a result, support for media on optical disks should be along shortly.

Here are the links (torrent, HTTP) to the release. Since a lot has changed since the last one, I’m sure I probably screwed something up.

Here’s your dose of Barkley; he’s swimming around in some salt water pools and watching Anna take a dive (and probably wondering why it looks like she only has one leg). 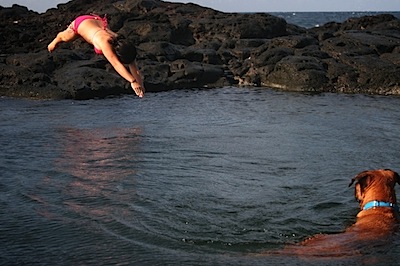 Release 0.5.0b3: Back on Track is a premium feature and requires a Plex Pass subscription.