OK, it’s been about three weeks since the last release, and we’ve been working hard. The most noticeable change in this release (HTTP, Torrent, Source) is the rebranding. The name of the app is Plex, its settings are in ~/Library/Application Support/Plex, the helper is called PlexHelper, it writes logs to ~/Library/Logs/Plex.log, etc. This means that when you start up Plex for the first time, you’ll have a blank slate. If you want to migrate over your old thumbnails and library, have no fear, Isaac has written up a handy guide to assist you with that. I personally sort of appreciated the clean slate, but that’s likely just me! Also, note that when first run, it will uninstall and kill any running XBMCHelper, so you don’t have to do anything to get that to work. As usual, we’ve also cherry-picked stuff from the XBMC team, including:

It’s been super hot lately, and Barkley’s been spending lots of time sleeping on the relatively cool wood floor. 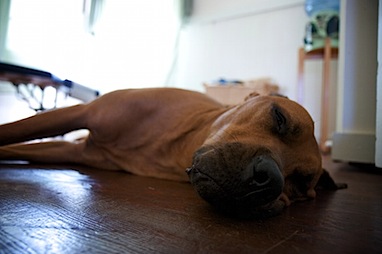