You think we rest on Easter Sunday? Think again.

We have a nice Plex Media Server update for you today, mostly focusing on transcoder fixes and improvements, including a rather significant speed up: when syncing or streaming with the new transcoder, you will see up to a 2x speedup over the last release.

You can read all the detailed changes since the last public release here. We’ve created a set of forums which list all the changes for each of our products to make it easier for you to both see what’s changed, and to allow subscribing via the forums if you’d like to receive an email when we make releases!

You can download the release in the usual place.

Here’s Barkley this morning, playing on the beach. 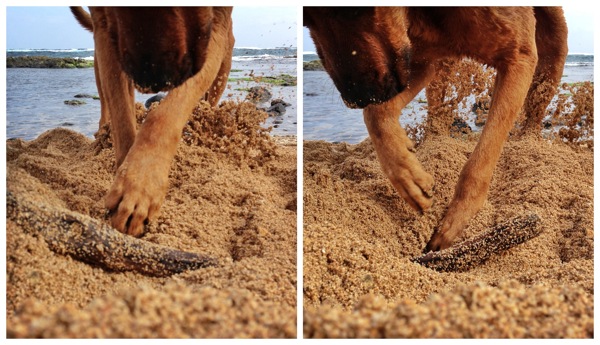 And here he is, on the couch, waiting for the Game of Thrones season premier (“What the woof, how much longer??”). We hope you all had a great weekend!